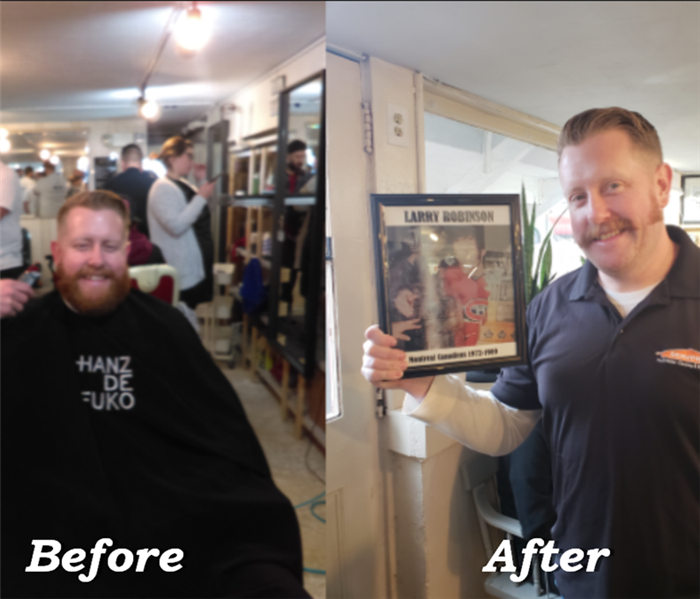 Derek Before and After His Beardectomy.

We are so happy to have participated in the Monadnock Wolfpack Rugby Club's 2nd Annual Shave to Save event this year! Shave to Save is an event that raises and donates 100% of funds to the Norris Cotton Cancer Treatment Center at Dartmouth-Hitchcock in Keene, NH. This year, the Monadnock Wolfpack Rugby Team shattered their goal of $4,000 having raised over $5,000! The event campaign's end on Saturday, January 19th at The Barbery in beautiful downtown Keene, NH was a blast! The team is a great group of guys and we were thrilled we could help them out! Our own Derek Paul, who is a big fan of the Wolfpack, risked and lost his beard to help support this wonderful cause!