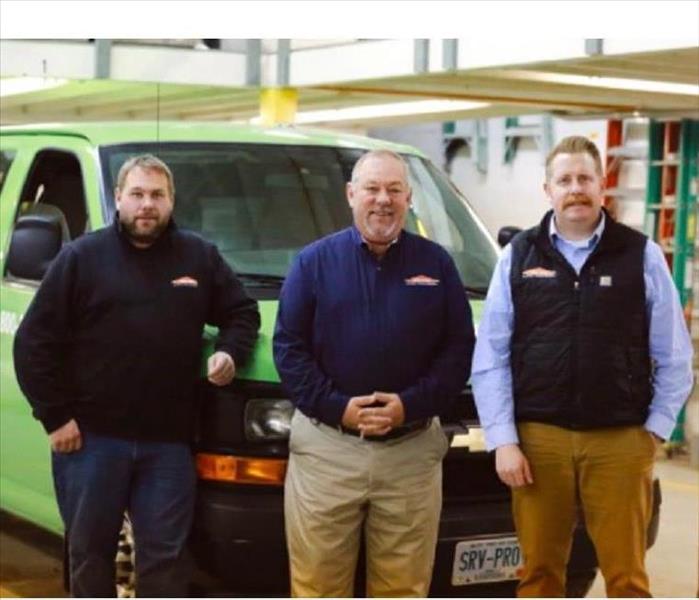 At SERVPRO of Windham & Windsor Counties, we believe strongly in supporting local. Whenever possible, we utilize the local businesses in the area to help our business run and continue to grow. These include local auto shops, restaurants, uniform makers and equipment suppliers to name a few. We have relationships with these companies because, like them, we are local and care about their continued success in the area.

SERVPRO of Windham & Windsor Counties has been owned and operated by the Paul Family since 1988. It was that year in which Richard and Susan Paul purchased the franchise which was originally established in 1978. In the early 2000s, sons Ryan and Derek joined the family business in full-time roles. Ryan's concentration was on production and operations, while Derek's focus was on marketing and community involvement. This came after many years of working part-time as production technicians while attending school. In 2015, Ryan and Derek officially came on as partial owners of the business and handle the daily running of operations.

As each family member is from the area, it is important to continue to support the local community around them. And although SERVPRO is nationally know as the premiere leader in emergency cleanup and restoration, SERVPRO of Windham & Windsor Counties has been locally owned and operated by the Paul Family, area natives, for over 30 years. Its their pleasure to assist their neighbors when disaster strikes and make fire & water damage, "Like it never even happened," 30 years from now.